As with most things in our culture, as popularity increase so does the estimated value of the popular thing, item, or person.  This market trend in no different in the Yoga world, be it in the states or abroad.  The more popular yoga becomes, the higher the prices of all things yoga rise.  But, not everyone in the yoga communities is hopping on that train of increasing price, some teachers and studio owners are stepping out against the rising cost and often inaccessibility of yoga classes like Greg Gumucio who has opened Yoga to the People studios in New York and expanding across the country.

Yoga to the People is a revolution in the concept of yoga studios.  The classes are not advertised by teacher, only by time and location, removing the desire to limit your practice only to specific teachers. They are donation based, with some students paying  little or none at all while others paying above the suggested amount of $10 per class.  Teachers keep philosophizing to a minimum and there are no OM’s here, only packed classes full of movement (the classes are all Vinyasa).

Is this approach working?  For Greg Gumucio it is.  Classes usually overflow, a challenge solved by having multiple classes in multiple studios at the same time.  If one class fills, the continuous influx of students are sent to the next studio and when that one fills, students are directed to a third studio and teacher.  The intention of Yoga for the People is to provide yoga as service instead of for profit.  Their trademarked manifesto states “yoga to the people.” But the profit seems to be following the service.  With three studios in New York, one in San Fransisco, one in Berkeley, CA, a new studio opening in Brooklyn and others in the works across the country, the business model of volume instead of cost is sky rocketing.

The goal of making yoga accessible and affordable is the ultimate desire of most yoga teachers and studios, but it is a tandem goal of being able to pay the bills and feed the family.  This is often the disparity in offering donation-based classes, much less a whole studio of them.  How can the studio grow and sustain their employees and provide the service and gift of yoga simultaneously?  It seems that Mr. Gumucio has a handle on this paradox.  And other studios across the country are taking a chance on this model as well.

Other studios are employing this model with success too.  Black Swan Yoga in Austin is a donation based Co-Op studio where all of the instructors contribute to the financial load of the studio and the donations for each class go directly to paying these instructors allowing classes to remain “affordable to anybody and accessible to everyone.” Dharma Yoga in Brooklyn, NY and Yogis Anonymous in Santa Monica, CA are also applying the donation-based model.  In addition, hundreds of studios across the country are offering donation-based classes within their regular schedule, a few of which were featured in our post about Yogis Helping Haiti.

Donation-based studios are re-defining the growth of yoga in our culture for many.  If the model continues to work, maybe you will see an explosion of affordable yoga being marketed at studios in your neighborhood with lines of yoga clothes and mats that fit into your budget.  Who knows, but I like the thought of balancing the offerings on all levels and placing value on the practice instead of on the person presenting it.

Have you been to a donation based studio or class?  How was it? 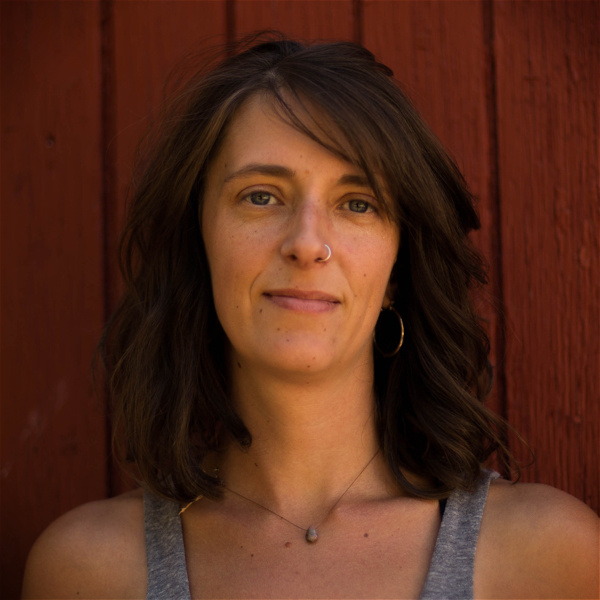 Kelly has been a student and practitioner of yoga for over a decade, and through the exploration of the physical and philosophical practices, yoga has touched every aspect of her life in a positive way. In her sharing of yoga, she strives to inspire in others the peace, well being, balance, harmony, and understanding that yoga has brought to her own life. Kelly graduated from the University of Tennessee in 1998 with a degree in Creative Writing. Following college, she did freelance writing and editing before turning her focus more completely toward yoga and rearing a family. Kelly is currently serving as the Director of Vira Bhava Yoga School.

Yoga Quiz: What Type of Yoga Community is Best for You?

Starting a Sadhana: 6 Benefits of a Daily Yoga Practice