Dispassion. It’s a word we’d been hearing for days now, and, at the slightest mention, made some of us cringe. For many, the word presented one of the few gripes about Yogic philosophy, implying a nonchalant attitude that leads to a passionless life and loveless friendships. How could the Yoga way, so intriguing for its sense of compassion, now neglect love and passion on its way to "higher realms"? Dispassion is defined as "the state or quality of being unemotional or emotionally uninvolved." No — something about it didn’t stick. I had, myself, some vague notion of understanding; having gone through a radical teenage phase in which I was prepared to eat only fruit that fell from trees, and disown my lovely family for buying Crest instead of the cruelty-free, eco-alternative. In this instance, dispassion could have been useful, creating space to care less for extreme values and accept one’s own and other’s shortcomings. At the time, this was my notion of dispassion: a letting go of extremes to maintain balance. It wasn’t until this recent Yoga Teacher Training program, I came to see how dispassion could be so much more.

Each morning, halfway through pranayama, we had a short bathroom/tea break before learning a few new breaths. On one such occasion I took the opportunity to use the restroom. Stuck between dreams and consciousness, my mind slowed from morning practice, I sat sleepily in the quiet of the stall, watching my thoughts drift by. There! I saw myself… I was salsa dancing… I was camping, climbing mountains, writing a long overdue letter to an old friend… "This was not the first time I’ve dreamt this," I thought. In fact, all of these images were repeating themes in my internal movie: things I always dreamt of, but was too afraid to do. "They are nothing more than phantoms," I said to myself, and like shadows they came – POOF! then disappeared. There, in the clarity of the bathroom stall, I experienced the first tinges of dispassion’s grace. I was completely in the moment, and when the images returned, something about them had changed. For the first time, I saw them objectively, rather than with some previous sense of subconscious fear and longing. A good portion of my mental reality had been occupied by these "day dreams", and if I continued to allow myself to be inhibited by fear, they would never be anymore than that. Being able to see them with dispassion, I felt closer to realizing them than ever before. In consciousness the irrelevance of my fear dawned and hesitation faded. Dispassion, I saw, wasn’t meant to hinder one from living a passionate life, but to enable it! Through dispassion, one could come to see beyond doubt to love, beyond indignation to gratitude. The gift of dispassion allows one to stop in moments of frustration, anger, or attachment, and let go; to find one’s self, one’s true nature, by detaching from one’s own previously set, mental emotional patterns.

One of the most profound things I’ve come to realize, after understanding dispassion is that I no longer withdrew at its mention in class, but saw it as an opportunity to embrace true love and passion all the more. Thanks to YTT, I see how, through personal detachment, Yogis were (once again) withdrawing from life, only to embrace it more fully: shifting perspective to find truth in behind the veil. 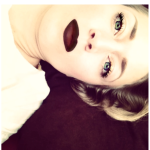 How to Choose the Perfect Yoga Block

Should Yoga Schools be Regulated?