A mantra is a word or series of words chanted aloud or silently to invoke spiritual qualities. Chanting is used as a spiritual tool in virtually every cultural and religious tradition. In the yogic tradition a mantra is a Sanskrit word that has special powers to transform mind, body and spirit. Translated, mantra means, “that which when reflected upon gives liberation.” Mantras are unique mystical formulas of sacred syllables, which were originally revealed to the Rishis (seers or sages) in the deepest states of meditation. Mantras were one of the earliest components of yoga and are quite possibly the first type of meditation that was developed.

There are three main types of mantras, Bija (seed), Saguna (with form), and Nirguna (without form). The Bija mantras can be used individually, but are most often incorporated into Saguna mantras to invest them with a special “seed” power. The Bija mantras correlate to the 7 chakras and to the main Hindu deities. The Saguna mantras invoke the forms of the individual deities or personalized aspects of God. It is said that the recitation of the Saguna mantras gives rise to the actual form of the particular deity, thus manifesting its power.

The Nirguna mantras originate from the Vedic texts and are thus the oldest mantras of the three types. As no deities or personalized aspects of God are invoked with these mantras, they are very difficult to interpret and are considered to not have a specific form or meaning to them. These mantras are said to have their identification with all the creation, and contain the fundamental truths in yogic philosophy. It is said that the mind must be very strong to be able to concentrate on the abstract Nirguna mantras, and thus they are not recommended for beginning students .

As each mantra invokes a precise power, they can be used for very specific purposes: spiritual development, the healing of diseases, and for the attainment of worldly desires. When combined with the user’s intention, mantras can become even more targeted and empowered. The mantras are said to increase in power in direct relationship to the number of times repeated. A mantra is fully empowered by becoming “seated” in the heart after 125,000 repetitions, achieving what is called Mantra Siddhi.

The practice of chanting a mantra is considered the easiest form of meditation. Sitting in a comfortable position, with the eyes closed, the mantra is repeated silently or aloud. Pay careful attention to the speed and rhythm of your chanting, the correct pronunciation, aim, and esoteric meaning of the mantra. Allow the mind to be focused on the mantra, letting the thoughts go and maintaining a slow and deep breath. A Mala (string of beads) can be used to count series of 108 repetitions of the mantra.

Like prayer and affirmation the repetitious use of mantra can have powerful effects on the mind, body, spirit and emotions. Mentally, mantra meditation increases concentration, and improves memory and focus. Physically, mantra meditation lowers the heart rate, reduces blood pressure, and activates the relaxation response to allow healing and rejuvenation to occur. Mantra meditation builds self-confidence and self-empowerment, reduces stress and balances the emotions. Spiritually, mantras are said to dissolve one’s bad karma, produce jnana (wisdom) and are considered one of the many yogic paths towards self-realization.

On our Membership Site: A complete list of mantras, with their meanings and audio pronunciations. 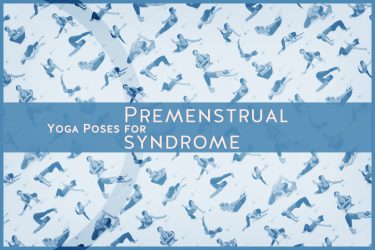 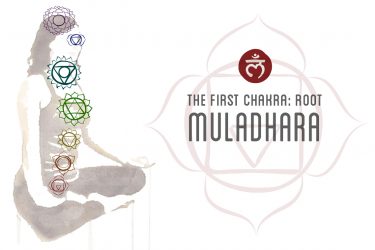 The Cause of Suffering: The 5 Kleshas