The tradition of yoga originates from a long line of complex yet potent written teachings. While the Vedas are considered the most sacred and treasured spiritual texts of India, it is the Upanishads that transferred the foundational wisdom of the Vedas into practical and personal teachings. The stories and lessons in the Upanishads may seem distant and vague, they are essential for a dedicated yogi to study and understand. There are four primary teachings that create the framework and foundation of yogic philosophy.

What are the Upanishads?

The word Upanishad is usually interpreted as “sitting down beside.” This Sanskrit word can be broken down into three parts and translated as “upa” meaning near, “ni” as down and “shad” as to sit. Thus the meaning of the word confers the intent of these texts to directly transfer knowledge and truth from teacher to student. The collection of Sanskrit texts known as the Upanishads are thought to be the direct teachings received at the foot of the ancient Indian sages or Rishis.

In these sacred texts, we see an internalization of the sacrifice and worship extolled in the Vedas and a deeper understanding and exploration of the internal world of mind and spirit. Composed over several centuries and in many volumes, the Upanishads reflect a strong need to express and communicate the deep mystical states and spiritual contemplations that the ancient yogis experienced.

According to tradition, there were over two hundred Upanishads, but there are only eleven “principal” Upanishads, as commented on by the ancient sage Shankara. The texts are written in a passionate poetic verse describing mystical states and spiritual concepts or in descriptive short stories and dialogues between historical figures.

The teachings of the Upanishads revolve around four primary spiritual themes. These four philosophical concepts are described in many different ways as they can be difficult to grasp. These main teachings are repeatedly reinforced in the texts of the eleven principal Upanishads.

The 11 most important Upanishads

The Mahavakyas are the most revered and powerful sayings in the Upanishads. The regular contemplation and meditation on these mantras purify our minds, promote introspection and insight, and lead to transcendental states of awareness. The Mahavakyas present different points of view on how to see the indivisible oneness of all things.

The Practice of Jnana Yoga

Jnana Yoga is the path of attaining knowledge of the true nature of reality through the practice of meditation, self-inquiry, and contemplation. Jnana Yoga can be defined as the “awareness of absolute consciousness,” and draws on the teachings of the Upanishads.

Meditations on the Upanishads ➞

Reading through the over two hundred Upanishads would be a difficult and tedious task. Many of the themes and discussions are repeated in various ways, so a full reading is not necessary. There are many famous and powerful quotes from these texts that can serve as powerful reminders and seeds of contemplation. This sampling of sixteen of these potent and profound gems of wisdom will give you a taste of what the Upanishads aim to illuminate.

The importance of the Upanishads

These spiritual concepts have exerted a profound influence on the development of Yoga, Hindu, and Indian philosophy. While the yogic practices taught in the Upanishads were primarily mediation based, these philosophical teachings will remain the core beliefs for all of the future developments in the many paths and practices of yoga. A great place to begin to read and study more is with The Upanishads by Eknath Easwaran.

Yoga For Improving Memory and Concentration

Focusing on a Drishti (Definition, Purpose and Use) 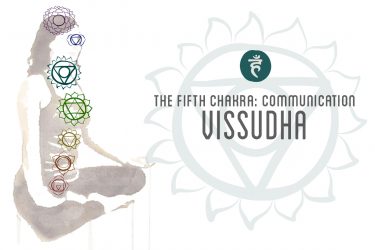